Actually this is not entirely correct we don’t have one moon rock over here in Leiden, we have Five! Moon rocks. Real moon rock samples? Yep they are the real deal

Back in the sixties America started a ambitious space exploration program, to get a man on the moon and bring him back safely to Earth. With Apollo 11 they fulfilled that ambition in 1969 . With there save return the astronauts brought back something we didn’t have on Earth, rock samples from the moon.

After having investigated the moonstones very very thorough, to exclude any known possibility of contamination, America decided that it was a good idea to gift nations around the Earth a samples of moonstones. These gifts where given by the president of the US to the leaders of the different countries. Our queen, queen Juliana was gifted a plaque containing a plexiglas sphere with four small moonstones brought back by the Apollo 11 mission.

Later the Netherlands was gifted an other plaque with one bigger moonstone sample brought back by the astronauts from the Apollo 17 mission.

The Dutch moon rocks where kept in depot along time till 2009 when in celebration of the 40th anniversary of the moon landing, some people realized that the Boerhaave museum over here in Leiden had these plaque with genuine moon rocks in depot. They were dug up and they are now part of the permanent exhibition of the Boerhaave Museum.

A real peace of moon just around the corner

Today I took  the time to visit the museum to take some nice picture to share with you.

Real moon rocks brought back from the farthest expedition mankind made up to this moment. Isn’t that awesome. They are at a stone’s throw of my regular coffee bar, where I do a lot of writing. For me the nearest piece of moon is just around the corner, literal. 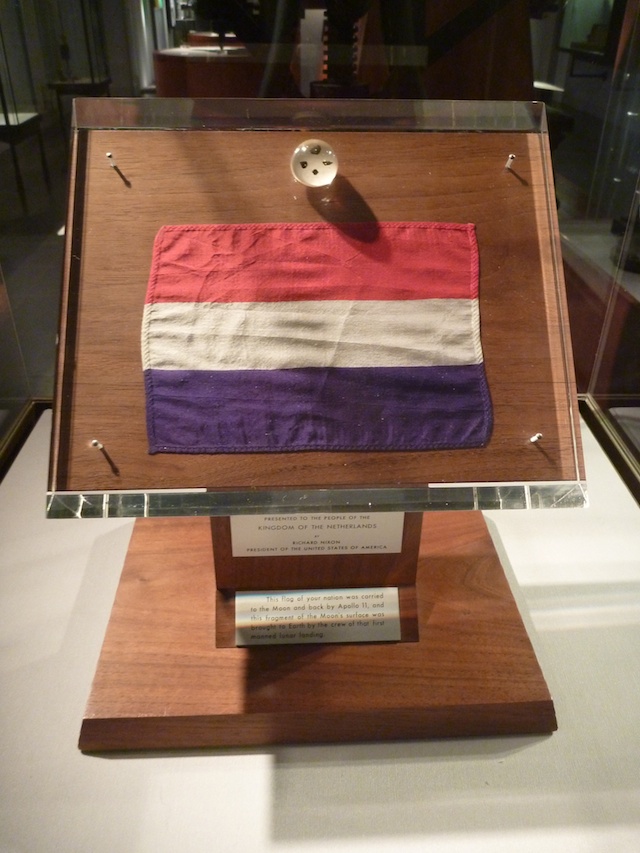 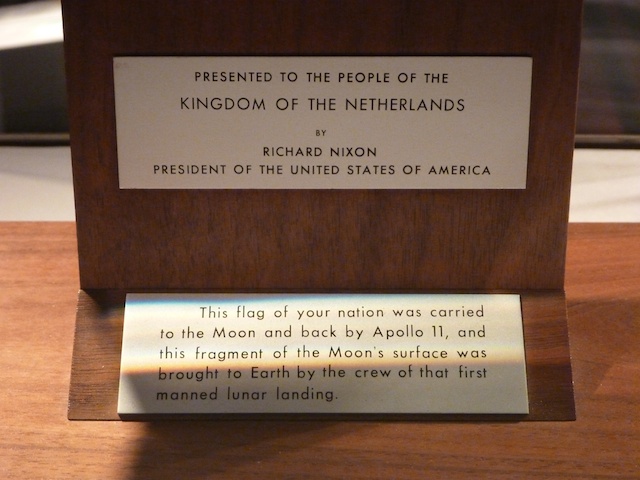 Text on the Apollo 11 plaque 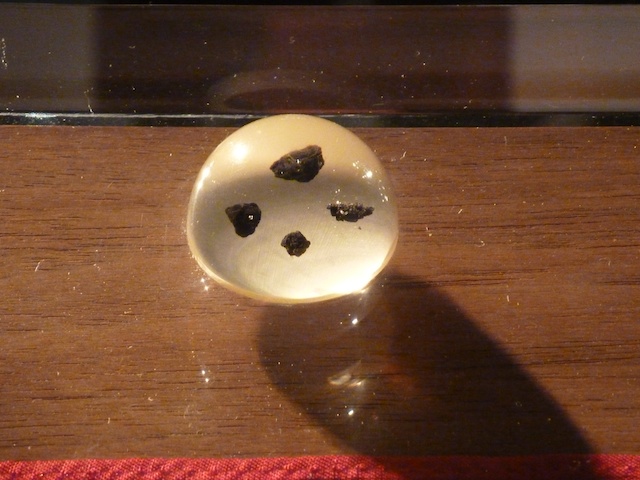 The four small moon rocks on the Apollo 11 plaque 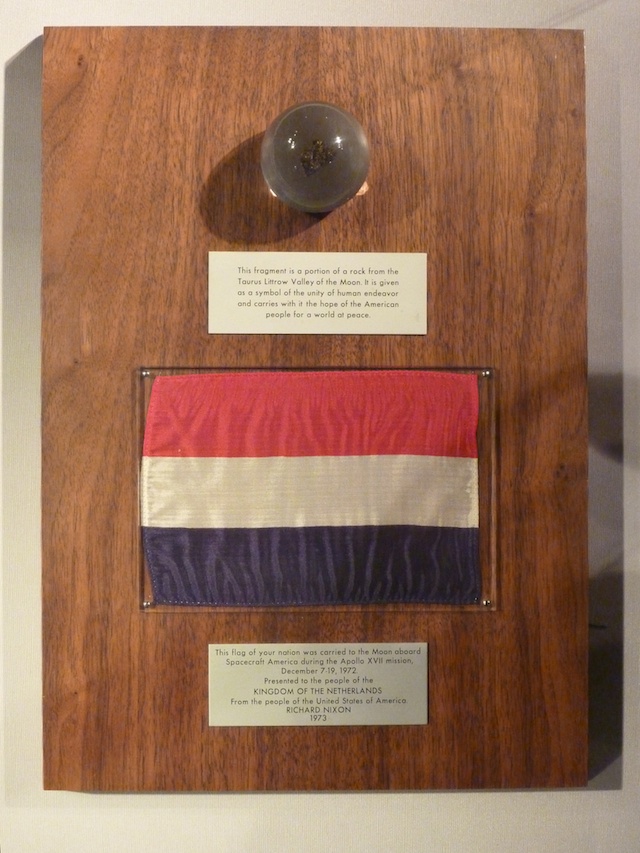 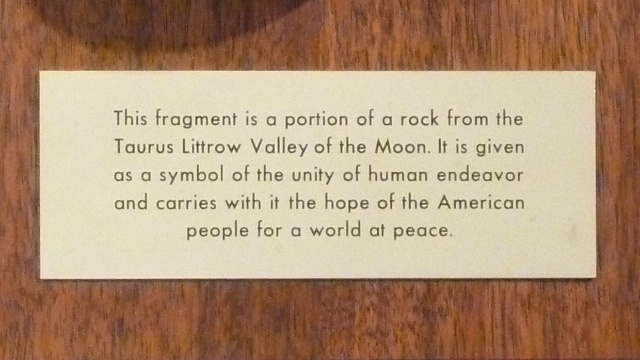 Text on the upper badge on the Apollo 17 plaque 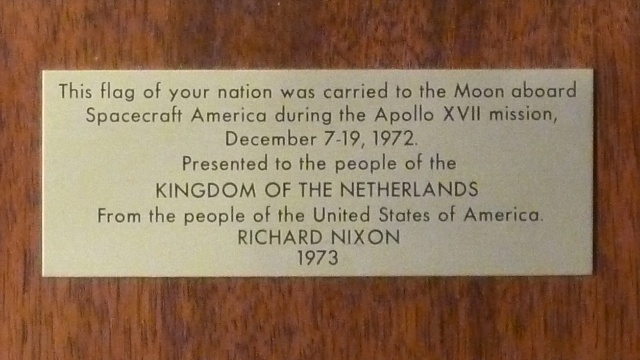 Text on the lower badge on the Apollo 17 plaque 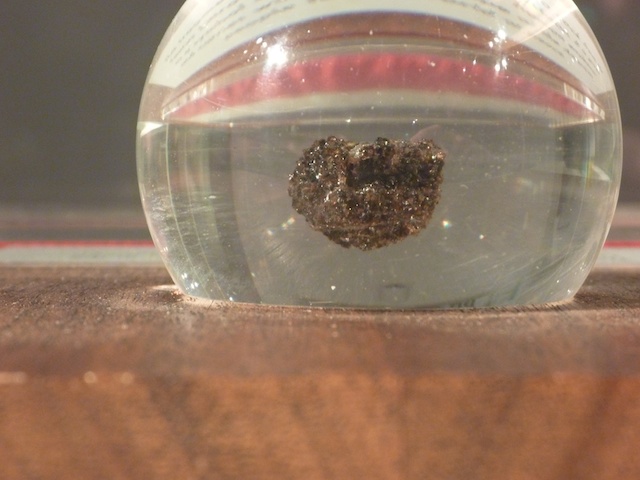 The moon rock brought back by the Apollo 17 mission

The story about the moon rock for the Apollo 17 displays

What happened to al the different displays

The Dragon T-Shirt has landed in Leiden The Netherlands!

Moon and Sun rise over Byron Bay by Mark Gee