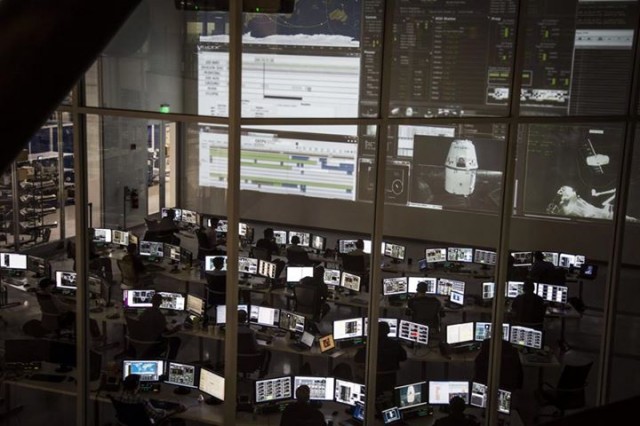 First thing what smite me when I watched the Falcon CRS-4 launch video that the four legs on the first where missing… For geo stationary missions Falcon needs a lot of fuel and it’s easy to see that there is ample room fuel wish to save enough to get he first stage back to to the ocean floor. SpaceX states that missions to ISS are much more suitable for for the the Falcon-9R, the version with the legs, as less fual is needed to get Dragon to Low Earth Orbit (LEO) where ISS circles the Earth.

There are, at least two possible explanations for this.

Taking in mind that in the past Elon Musk stated “I expect some craters along the line” and the ease how SpaceX reacted on the flight termination of the F9R. I really suspect that the are working on a next generation first stage that can do just that. Make a perfect vertical landing on land. My specualtion is strengthen  earlier stamens of SpaceX that they have all the data they need to continue development of a fully reusable first stage.

I already am getting accustomed to the perfect launches of the Falcon-9, but can’t get enough of the beautiful live coverage of the launch. The nice comment of John, the precise procedures on the primary countdown net. Every time it gives me that feeling being a part of the launch and almost being physical present at the event. One day I will 🙂

There is some very cool footage from 23:58 minutes. I first wondered what I was looking at, turns out it’s the interior of the second stage tanks. Wondering what SpaceX is up to. Data gathering for second stage recovery effort?

Rendezvous and Grapple of CRS-4 Dragon

A bit boring, cause there is ample action in this video. But I publish it anyway for those how want to follow the whole procedure.