Lets take a look at the Dragon V2 flight animation. Despite that it is just a first animation, it’s fun to have a look at it and make some analysis, by comparing it with what we already know from Dragon V1.

The first thing that springs to attention is the trunk. It is much longer than the Dragon V1 trunk. Second thing that springs to attention, that it has no solar panel wings. Instead the whole body of the trunk is covered with solar arrays to produce the electricity to keep Dragon’s batteries charged. The trunk only has for small fin, that also are covered with solar arrays.

Folding solar panels as used on Dragon V1 are kind of fragile and need to be protected during the ascend through the atmosphere. This why they are safely stowed away between protective covers, that are jettisoned after Dragon V1 is separated from the second stage.

I am very curious if with Dragon V2, SpaceX has done away with folding solar panels, to eliminate the failure modus that folding solar panels can get stuck and won’t unfold. The second question is, does this new configuration on the V2trunk needs protection during launch? If not Space has made a very clever move, by eliminating all the cost and problems of folding solar panels. If so, well done!

Second thing that springs into attention, is the folding nose cone. Dragon V1 just jettisons the nose cone and it burns up in the atmosphere, with Dragon V2 the nose stays attached to the capsule and it is folded back on top of the capsule when it leaves ISS. This is a double win. The nosecone protects the coupling mechanism and the it is reused for later flights.

Third thing that springs to attention is the coupling it self. While Dragon V1 is berthed with the robotic arm , Dragon V2 is autonomous coupled with ISS. This is due to the entirely different design of both capsules. Dragon V1 is a cargo ship and benefits from a big hatch, through which complete experiment racks can be loaded and unloaded. The way Dragon V1 is berthed is in fact the same way the different IIS modules are interconnected, which is done with bolts that keep the both together. This is also the reason for the somewhat longer docking procedure, as this is a precision job.

Dragon V2 will use the automatic docking system that is already in place on ISS. It is much faster in coupling and decoupling, but the hedge is much smaller in diameter compaired to the Dragon V1 hedge, as you can see on the photos of ISS expedition 31. 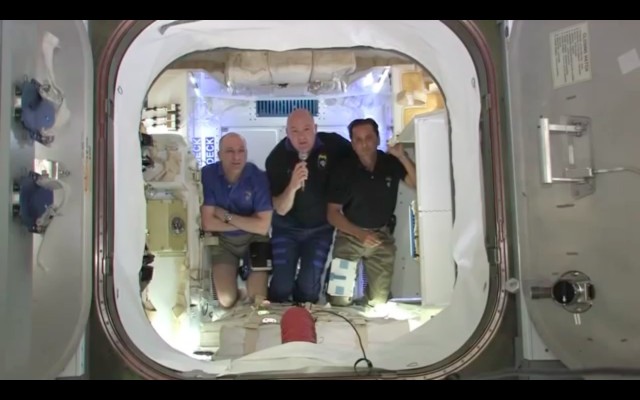 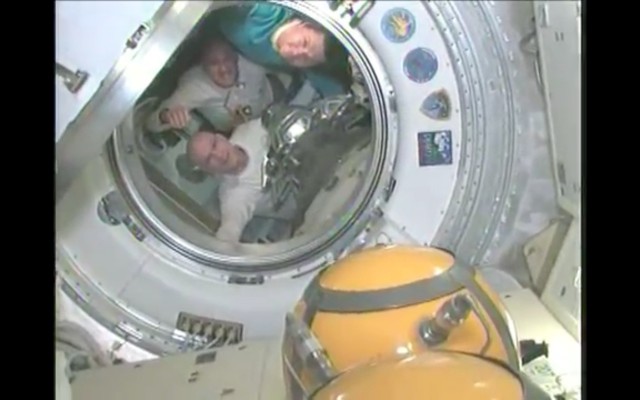 I think it is save to assume that when Dragon V2 will come into service, to transport crew to ISS, Dragon V1 or maybe a upgrade version, will be kept in service to transport big pieces of cargo to and from ISS.

The most obvious innovation of Dragon V2 is the reëntry system. After leaving ISS the trunk is jettisoned and will burn up in the atmosphere. No reusability here yet. During the first reëntry phase Dragon is slowed down by the friction with the atmosphere and protected by the PICA-X heat shield. After that the eight super Draco engines kick in and land the Dragon V2 capsule on the landing pad. No parachutes needed…

Earth timelaps with Dragon and and Cygnus