The DSCOVR (Deep Space Climate Observatory) satellite is a bit special in more than one way.

DSCOVR is the first interplanetary mission of SpaceX, as DSCOVR’s station is in the L1 Lagrangian point

Secondly the satellite has proposed in the 1998 by Al Gore, for purpose of Earth and Sun observation. Both to watch for climate changes and early warning of approaching coronal mass ejections.

The Bush administration put the project on hold short after George W. Bush’s inauguration…. The satellite was removed from it’s original launch opportunity on Space Shuttle launch STS-107. After some earlier attempts DSCOVR was cleared by NASA in 2013 and finally launched on February 11, 2015.

Due to high seas it was impossible to have the SpaceX drone ship in place, however a soft landing was successfully simulated on open see. 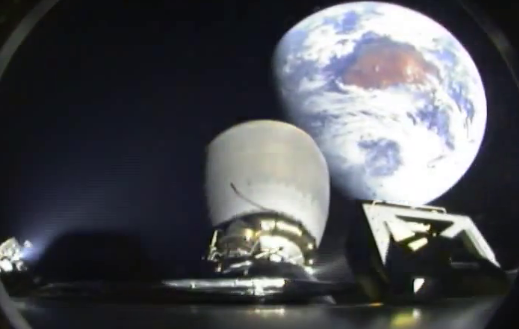