SpaceX is really busy with the preparation of there third mission to ISS.

This flight is labeled by SpaceX as “NASA Resupply to ISS – Flight 3”, but Nasa labels it as: “SpaceX-2 Commercial Resupply Services flight.” They don’t count the flight of April 2012 as this was the  actual test flight. The October 2012 flight was the first flight under the NASA resupply contract and this is where Nasa starts to count. As the NASA numbering is a bit cumbersome, I’ll stick to the SpaceX numbering.

SpaceX Flight 3 to ISS, is scheduled to be launched on March 1 2013 from SpaceX  launch pad at Cape Canaveral. The new Dragon capsule arrived a view days ago at the SpaceX hangar at the cape where it will be bolted on top of the Falcon 9 that is already there. 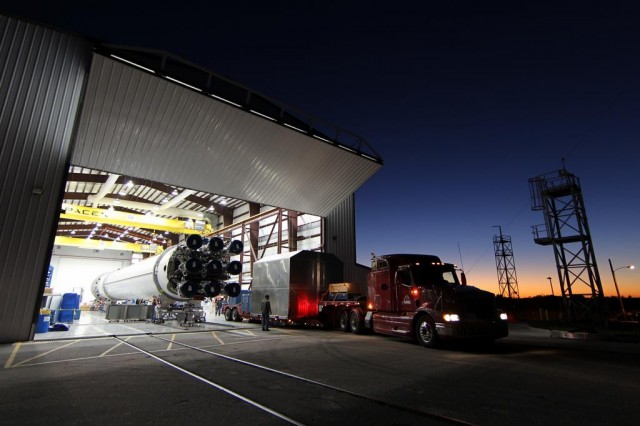 Dragon capsule arrives at the SpaceX hangar at Cape Canaveral.