Wanna make a trip to space and become an astronaut? Think so, I do!

In a hurry: click this link to start earning points for your chance to win a ticket to space!

Have some time, read the story.

Well it goes like this. XCOR is building this cool small sub-orbital spaceship the Lynx . The main goal of the Lynx is to fly people like you and me to the edge of space and have a brief but intense experience what it is be in space and being completely weightless for a few minutes. 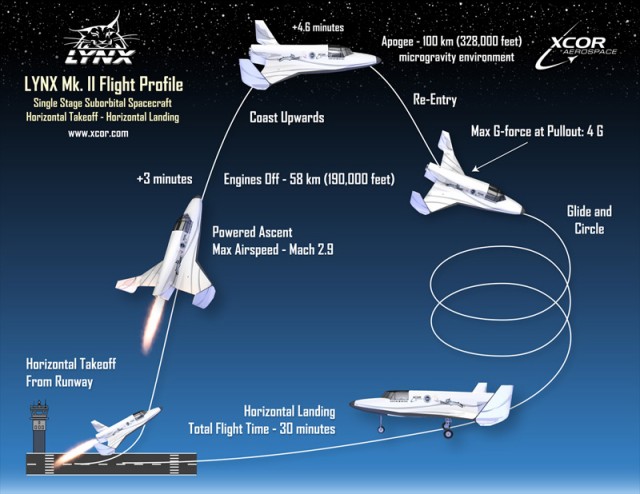 How the 30 minute flight to space works.

The Lynx is called a suborbital, cause it capable to bring it’s two astronauts, you and the pilot to a hight to just over 100 Km. This is officially the edge of space and every person how has ben on 100 Km or above is officially an astronaut. The four fluid fuel motors and the amount of fuel it can take is enough to bring the Lynx spacecraft to 100 Km, but it’s lacks the ability to develop enough speed to reach a stable orbit around the earth, so it will under the influence of gratify fall back. 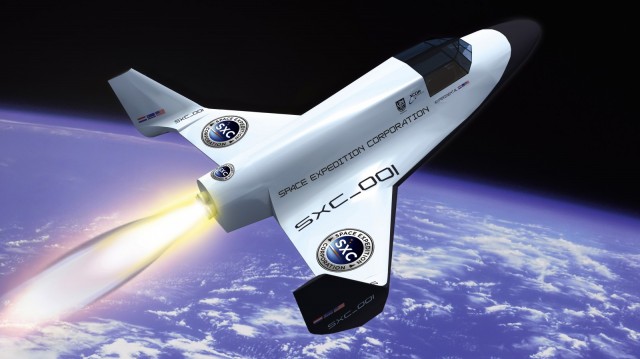 Thing is XCOR is small privately funded company and it needs funding to complete the Lynx mark II, thats’s right it isn’t ready yet. So XCOR did something smart. It started selling tickets. On a first bought, first served bases. That’s bringing in a lot of cash to finish things and also brings in a lot of publicity. But buying a ticket for the one passenger seat just next to the pilot isn’t cheap. You pay $ 100.000,- for the 30 minutes flight. That’s right one-hundred-thousand-dollar….. So that’s not feasible for a lot of people. But popularity to become a real astronaut is picking up  and smart marketing guys know that paying $ 100.000,- to get a lot of exposure can be beneficial. So it’s sweepstake time!

How does this “Win a space trip” works

There is this big website urgencynetwork that tries to raise awareness and money for many different causes. I wouldn’t promote this thing if you needed to pay money to buy points. Luckily the opened up this promotion and you can get a lot of entry points by watching a video reading a website etc. Every point is one chance to win the price your very own ticket for your private trip to space! Just run the video turn the sound off and  do something else as these videos are pretty dumb.  Use your fony Facebook and Twitter account to bask in some more points.

One note of precaution

Be warned for all the Mars hype. A lot of people pretend they can setup a private program to go to Mars. That is simple not true. They don’t have the technology, nor the skills, nor the knowledge, nor the financial resources to make that happen.

The only private company at this moment, that stands a chance, to get people to Mars is SpaceX with there plans for the Falcon Heavy. But also SpaceX  still has a long road  and lot of engineering ahead, but they are the only one with a serious and viable plan, both engineering and financial wish, to get to Mars.

OK go out!  Start earning points for your chance to win a ticket to space and become an astronaut!

Oh and come back to leave a comment when you have done so.

Chris Hadfield interview, about his life in space